Shungite Elite is only found only in Karelia, northern Russia. It is at least two billion years old. Shungite contains virtually all the minerals in the periodic table. A rare carbon mineral, it is composed of fullerenes. Wear Shungite or place on the source of electro-magnetic frequency (EMF) emissions such as computers and cell phones to eliminate there detrimental effect on sensitive human energy systems. At a physical level, Shungite transforms water into a biologically active life-enhancing substance, whilst at the same time removing harmful micro-organisms and pollutants. Research has shown that Shungite absorbs that which is hazardous to health whether it be pesticides, free radicals, bacteria and the like. The Shungite sells for $ 1.75 a gram. 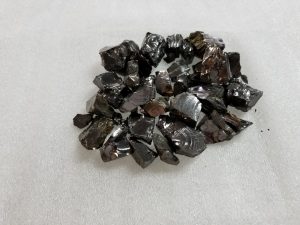 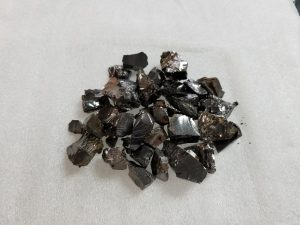